East Side Delta, StoneFree Records and BLO Ateliers are proud to present the 2nd chapter of the concert series BLUES BUMPS.

Blues Bumps is a sweaty voyage towards the roots of our music through Blues contaminated artists, but it is not only Blues. You’ll experience heavy, raw, mystical and psychedelic sounds.

„Blues you can find it everywhere, 'cause Blues is life!!“ 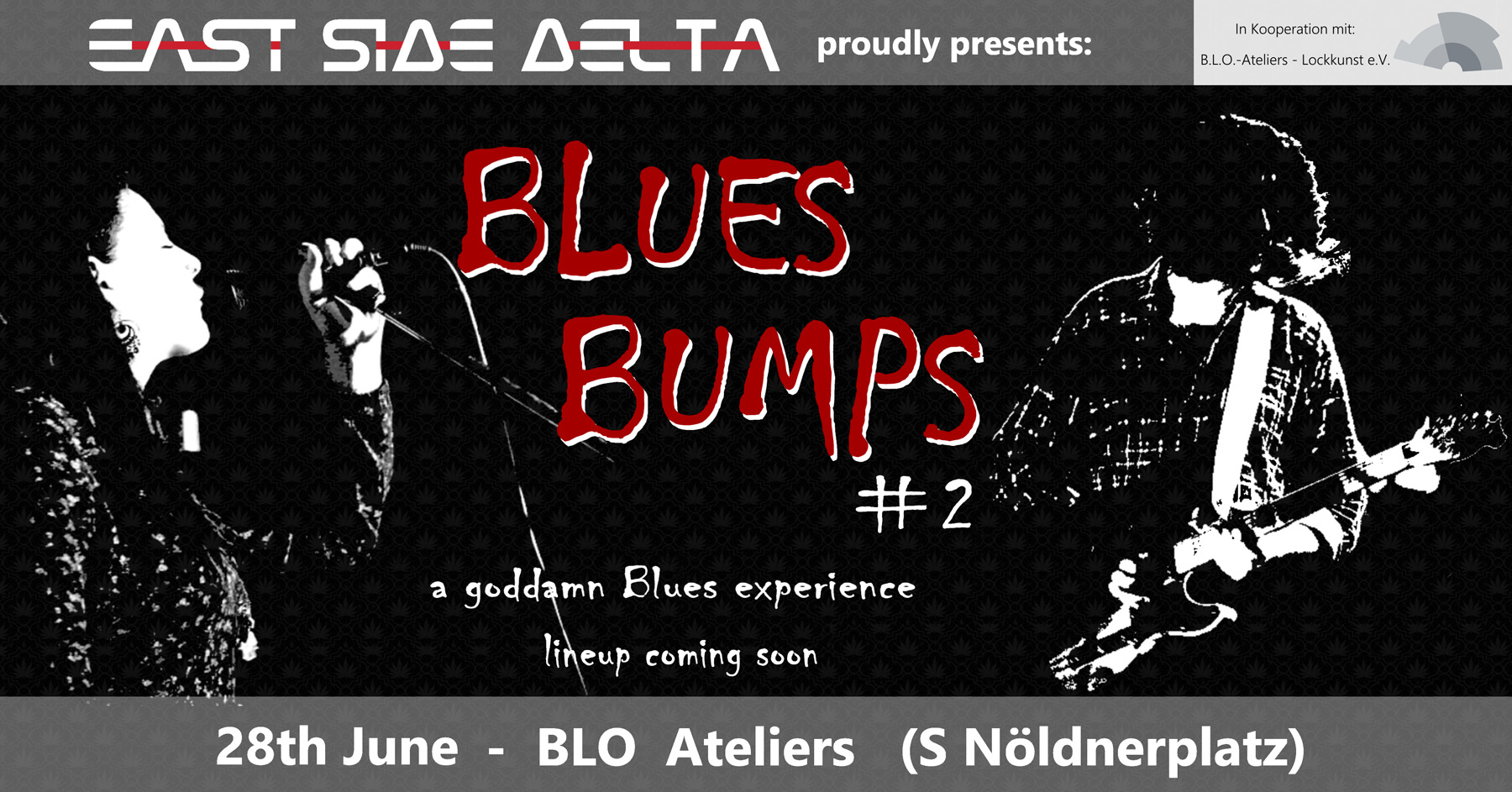 POTTWAL
4-piece from Bavaria, coming for the first time to tha city. They’ll bring you to the DOUBLE SPACE. So they named their debut album, drenched with psychedelic guitars and organ, inspired by the 70s and the „Stoner“ scene. They swear they are backing some hot shit for us, with a synth instead of the keys they broke the boundaries of experimentation.

WHiTE RABBiT DYNAMiTE
Veterans of the Berliner retro-psychedelic-hard-rock scene. Formed around 2009, they stepped on any possible stage in Berlin and Germany. Their LP „PSI“ is filled with passionate, bluesy and groovy 70s rock, influenced by giants as Grand Funk Railroad, UFO, The Who and Lord Jimi Hendrix.
We’re extremely proud and happy to bring them after some time where they belong to, a Berliner stage.

Ready to get Blues Bumps?