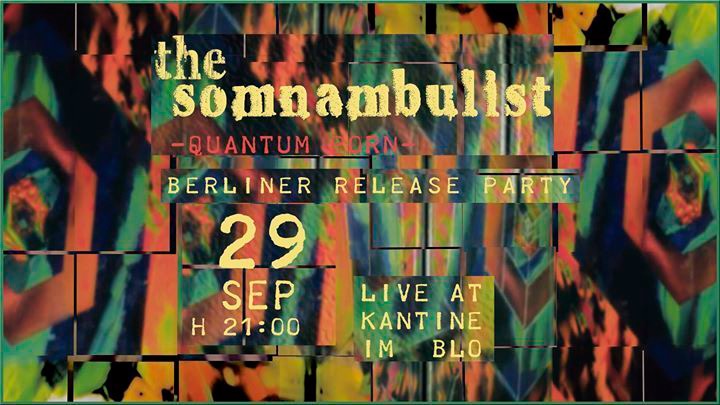 THE SOMNAMBULIST’s new album “Quantum Porn” mirrors the band’s interest in questions of fundamental physics, the ultimate nature of reality and the limits of human understanding – up to the point when contemplation of existence makes your body tremble, leaves you in an even physically experienced awe.
It is this awe that is acted out in the 16 new tracks, which open up to a wide landscape of sound where past, present and future of rock and pop seem to coexist: the visceral blues of Tom Waits and Nick Cave is paired with the elegance and profundity of Radiohead and Tool, while being nourished with the weird and ambiguous moods of David Bowie and Talking Heads.

THE SOMNAMBULIST seem to have translated all that particle mess around and inside us into a luscious field recording from out of space. At one moment, the songs expand into vast spheres of sound, just to shrink up to a single, nearly invisible dot at the next.
For this sensual, extradimensional journey across time and space, Marco Bianciardi (vocals, guitars and sampler, as well as producer of the album) is accompanied by Thomas Kolarczyk on electric and double bass and Valentin Schuster on drums.